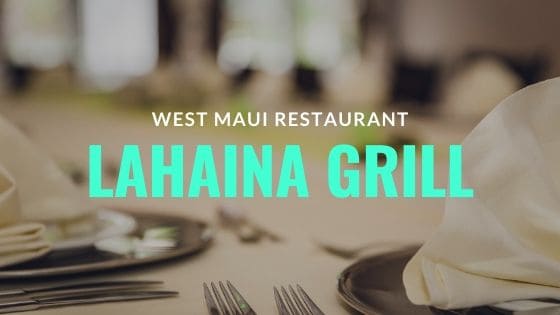 As a melting pot of diversity and ethnicities, Hawaii has become a major destination for tourists who enjoy unique food and drink. In West Maui alone, there is a great selection of local restaurants that offer different cuisine and a number of art galleries to visit. So if you ever decide to finally take that Maui vacation and get a chance to make a stop in Lahaina town, then you should definitely grab a meal in the classy Lahaina Grill.

Apart from serving a variety of New American cuisine with a modern twist, the restaurant’s casual and elegant ambiance makes it a favorite location for various group functions. Aside from their 130-seater restaurant setting, they also have two rooms that are perfect for private gatherings: the New Room, which can seat 30 guests, and the Chef’s Table for 6 to 10 guests.

To be accommodated for their private functions, Lahaina Grill requires guests to coordinate with them in advance to prepare a preselected menu and set up a seating arrangement that’s suited to the number of guests. This is to ensure that you get to make the most of your dining experience and be provided with only the best service from their staff.

A History of Fine Dining and Gourmet Excellence

There is more to Lahaina Grill than just innovative New American cuisine. Since 1990, Lahaina Grill has been a part of the busy intersections of Front Street and through the years, it has made its mark in the culinary industry. Three years after it was built, Lahaina Grill expanded its bar and dining area. They also became the first-ever restaurant in Hawaii to offer a smoke-free dining environment.

In 1993, Lahaina Grill was awarded a three-star rating by well-known restaurant critic Mimi Sheraton in the February issue of Conde Nast Traveller Magazine. The famous food critic also called Lahaina Grill “a classy oasis” and “a traveler’s must”. From there, many more recognitions were awarded, including the restaurant’s first Hale ‘Aina Award from the HONOLULU Magazine in 1994. Other famed food and wine critics also gave outstanding reviews to Lahaina Grill, including national food and wine critic, John Mariani and the former editor of HONOLULU Magazine, John Heckathorn.

In February 1996, Lahaina Grill once again underwent an expansion to include an in-house bakery plus 34 more seats in the dining area, which includes the Chef’s Table. This section is designed to provide guests with a private dining experience with a custom menu that is personally planned by Lahaina Grill’s chef.

More magazines and publications continued to rave about the restaurant, praising its amazing food selections and lovely interiors. These features and awards include:

Artistry On the Walls and On Your Plate

Once you get a glimpse of the facade of Lahaina Grill, you will instantly sense that this restaurant exudes everything contemporary. From the restaurant’s hanging signboard out front to the arches and doorways inside, the beautiful paintings hanging on the wall, along with the intricacies of the table settings and decor, Lahaina Grill’s relaxing and modern vibe is one of the reasons why both locals and tourists love to visit it.

Not to mention the mouthwatering dishes that are plated and served to satiate not just your hunger, but also to awaken your senses. From its appetizers and main course to its desserts and drinks, Lahaina Grill is sure to provide you with a one-of-a-kind dining experience that will keep you coming back for more.

Each course is sure to astound you, including the exceptional service from the restaurant staff. And if you want to make the most of your dining experience, you should try the most recommended dishes by Lahaina Grill’s diners, which include crisp shanghai shrimp rolls for appetizer, bufala tomato salad, Maui onion soup, and Kona coffee roasted colorado rack of lamb or the tequila shrimp and firecracker rice for entree.

So whether you want to mark a special occasion or just looking for a brand new and high-end dining experience, we invite you to enjoy an ono (delicious) meal at Lahaina Grill. And if you are on the lookout for Maui lodging that also offers a relaxing and tropical experience, our oceanfront vacation rentals are among the best places to stay in West Maui! Our Maui beach house rentals boast of tropically landscaped acres and the best sunset views that are sure to make your stay in Hawaii one of a kind. But don’t take our word for it, book online and discover this Hawaii vacation getaway today!

For a Limited Time Only